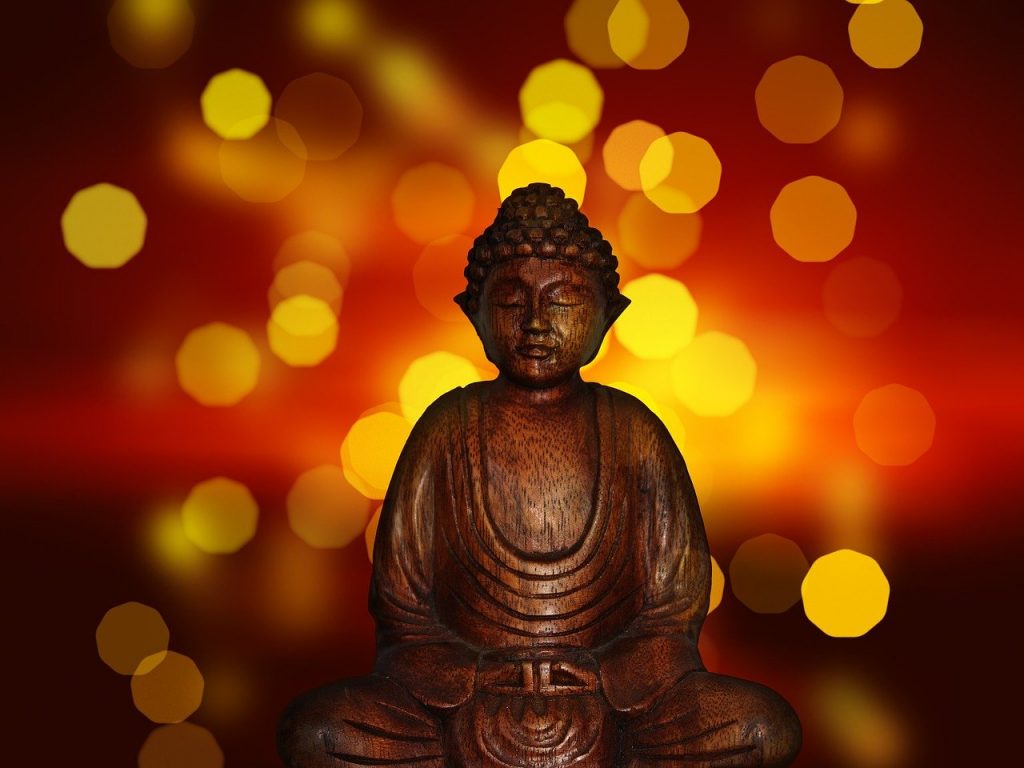 Finding the right medium of contemplation

Interestingly, the notion of contemplation in yogi philosophy is that it is more complex to grasp than the almost simplistic image we have of it. It is part of a halfway point where there is neither a question of passivity nor a question of intellectualization. It is, in a sense, on the side of letting go and emotion.

It is as if there is a continuum between concentration, contemplation and elevation. Most of the time, therefore, we wrongly associate contemplation and passivity. Here, contemplation is seen like everything else in yoga; that is, it is active, like a choice, where being is at work. Conversely, we tend to intellectualize what we contemplate, thus leaving the field of feeling to enter that of thought. However, this process partly prevents us from feeling and reaping the benefits of contemplation. In all cases, it is a question here of letting go of everything to be there. So we come back to this very essential notion of letting go and yoga: the present. Being present to what we do, what we watch, what we hear, what we perceive, etc. Yes, feeling requires letting go of the rest: rushed thinking, irrelevant stimuli, analysis. Finally, our daily life pushes us to watch things go by, to look at them all without distinction, but without depth. Here, letting go of the superficial to go towards the essential is one of the major points of the process of contemplation.

Once again, it might seem paradoxical to speak of decentering out while being in oneself. However, it is here that the contemplation and the letting go that it carries within itself are located. If we dwell on the notion of contemplation in yoga, it is a question of reaching interior silence; look in front of you and around you while being close to your inner sensations. It should be noted that in this philosophy, there is a spiritual dimension to contemplation (not in the sense of religious, however). But it is in symbolic terms it is more relevant to approach it: contemplation then becomes a feeling of letting go which leaves room for a feeling of being in the world. For that, it is necessary to take the time to get this “feeling” that only a form of pure wonder can generate. A self-effacement to make room for what is beyond us. It is not exactly meditation in the sense or precisely added to it this notion close to subjugation. Concretely, we could say that life is nothing without the most intense feelings of exaltation, admiration, wonder … Because yes, the more we feel, the more we feel alive. It is impossible to make a list of the things that thrill a human being; to reach his own experience, to reach his own pleasures. The excitement at a concert, the sensation of the skin when you grab a hand, that magical moment where you contemplate a landscape, which is no longer simply “beautiful” but breathtaking … In any case, it requires being available to receive, to live.

Use all your senses

We humans tend to focus our attention on some of our senses more than others, unlike other animals that inhabit the earth. Being in the world is through all aspects of our perceptions of our environment that we can reach it. Using all the senses (hearing, sight, taste, touch, smell, as well as proprioception, which is general sensitivity, to work in yoga) is one of the prerequisites of contemplation. The possibilities of contemplation in the yogi sense of the term are as numerous as the world is vast, as diverse as humans are multiple. It is letting go and opening as much as possible the eyes, the ears, the norines, the taste buds, the skin when something intense has offered to us. The easiest exercise to suggest is active listening. The hypnotic and emotional power of music is well known to all, but too little used. The idea here is to give yourself a specific time dedicated to listening to a song that is dear to you, installed in an isolated place. So, ready to receive, let yourself go completely to the music that reaches your ears (at a volume high enough so that the music can “invade” you). Miracle: during listening time, everything flies away, ecstasy is not far away. And afterwards, a certain lightness is imposed on you … Contemplation has done its work, it has, for a time, “raised” your being “above”.